When writing assignments it is important to reference your work properly. Why?

There are two parts to referencing:

Citations - using your own words

If you have read something and wish to refer to the ideas/research expressed in that work, you might summarize it or put it into your own words, as a citation. For example:

There is some dispute about who invented the Internet, but usually the same three names are mentioned (Jones, 2002).

This demonstrates that this idea was by Jones and was published in 2002. The student has read the whole work, and has summarised it in their own words, so it is not a quote.

Alternatively, you may wish to include the author’s name in your text. For example:

There is some dispute about who invented the Internet, but usually the same three names are mentioned by Jones (2002).

Both examples are correct. You may choose one over the other depending on the flow of the sentence or writing style.

You may wish to directly quote somebody else by using their exact words. The following is a direct quote from Brown, 1997, and is distinguished as such by using “quotation marks”. For example:

However, if you were to use the above without quotation marks and without acknowledging the source then the following could be identified as plagiarism:

It could be said that the most important invention in Man's evolution is not the Internet, but the bicycle as it has made
such an enduring environmental impact on human society.

When directly quoting you should also include the page number from where you found it - this will help those reading your work to easily locate it.

Be careful not to use too many direct quotations.  Remember, you are being marked for your work - the more quotations you add, the less there is of your work to mark.

The reference list at the end of your work will include details of all the citations used in your text. If you have read something but not explicitly referred to it in the text, this should go in your bibliography.

Sometimes you will be asked only for a reference list, not a bibliography, so check the instructions for each piece of work.

Imagine yourself as the person reading your work:

Which style should I use?

There are many referencing styles, so it is important you know which to use for your assignment. Your module guide (or supervisor if you are a research student) or module leader will be able to confirm this for you.

Getting help with referencing

Module/course handbook: Always check this first, or ask your module leader. Make sure you know which referencing style you should be using and follow any advice your subject gives you.

Ask your librarian: You can ask the Academic Liaison Librarian for your subject area for advice about referencing. To contact your librarian take a look at the Academic Liaison Librarian: Meet The Team guide for subject areas and contact information.  Alternatively, you can visit the LibSmart Point for guidance without an appointment: See box below

Worried about accusations of plagiarism? 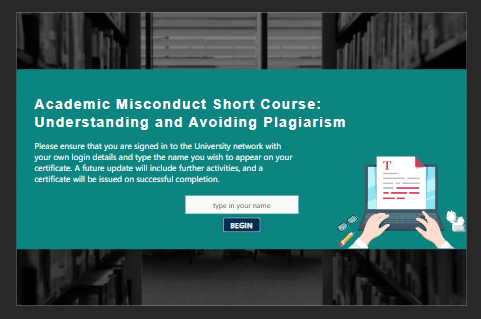 Brunel Library has created a self-guided module 'Academic Misconduct Short Course: Understanding and Avoiding Plagiarism' that will help you explore what plagiarism means in an academic context, and learn how to avoid accusations of bad academic practice in your assessments. You can understand more about plagiarism, and other types of academic misconduct related to plagiarism, by completing the module.

You will find the module in your Brightspace Virtual Learning Environment.

Academic Liaison Librarians are available between 1pm-4pm, Monday to Friday term-time to discuss queries about using library resources and referencing.

Outside of these times, you can use the Library chat service and your query will be picked up by another member of Brunel Library staff or our friendly co-op support staff, who provide us with 24/7 chat coverage.