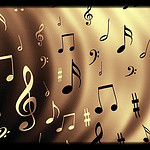 Welcome to the Music guide. Throughout the guide's sections you'll find our suggestions for key resources and information in this subject area.

I can offer help with finding and searching for literature, referencing and more... Use the tabs to navigate.

You may also find it useful to browse the following for performance reviews and feature articles on contemporary composers and musicians :

To get you started, here are the key shelfmark areas for your subject. The book collection for Music is located on the second floor; print journals will have the same shelfmark but all journals are on the third floor.

All of the music scores are located together on floor 2. They are located in a separate section to the book stock and are arranged firstly in order of the composer and then secondly in a Library of Congress sequence. So, for example, all of Berg’s works are collected together in class mark order followed by all of Berio’s works, then Berlioz, Bernstein and so on.

Each score has a label composed of a three letter code referring to the first three letters of the composer’s surname. Where composers have written several works of the same type – e.g. concertos, string quartets, symphonies – these share the same Library of Congress number and are given an opus number to distinguish individual examples, such as:

Adjacent to the music score shelving are 3 flat cabinets where we store oversize scores that are too large for the normal shelves. If a score is located in the cabinet there will be a note on the library catalogue referring you to this particular area.

Collections including works by more than one composer are kept together at the end of the sequence and are labelled as follows:

The code at the end of the label refers to the title of the anthology, in the above case it is ‘Folk Song of the Americas’. When the title begins with a number it is filed as if the number is spelled out. So '20th Century Americans' would be labelled as follows:

Our discovery tool will look for books, journal articles and more in one quick easy search - a great place to start your research. For a more comprehensive search, individual databases offer greater functionality and give full access to a tailored suite of resources for your subject.

Search for books only (does not include all electronic books):

Search or browse for journals/periodicals: 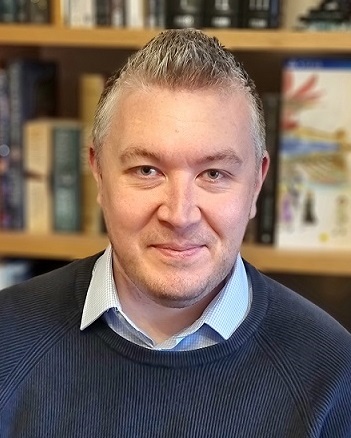 Send me an eMail

I'm here to help you get the most out of the library and its resources, as well as to support you with the research, evaluation, and referencing skills you need to succeed in your studies.

If you need help finding literature, evaluating sources, using the web for research, reading lists, Harvard referencing, or have any questions about the library, then please get in touch.

Academic Liaison Librarians are available between 1pm-4pm, Monday to Friday term-time to discuss queries about using library resources and referencing.

Outside of these times, you can use the Library chat service and your query will be picked up by another member of Brunel Library staff or our friendly co-op support staff, who provide us with 24/7 chat coverage.