Ellyse's typescript manuscript reflects on memories of World War One and gives an account of her experiences during World War Two.

When WWII broke out, she was living with her husband and children in Leicester. They later moved to Oswestry when her husband was stationed there with the RAF, and her son also went to war.

She carried on with her life regardless of war, happy with her house as it was great for the kids and her husband was able to visit.

"We drew the blackout curtains to shut out both the weather and any menace from Hitler, and we sat round the table, happy, warm and thankful."​

She reflects on the joy of VE day, and refers to the war as a “rewarding and happy interlude.” She then moved back to Leicester, with happy memories of wartime Oswestry now with her. 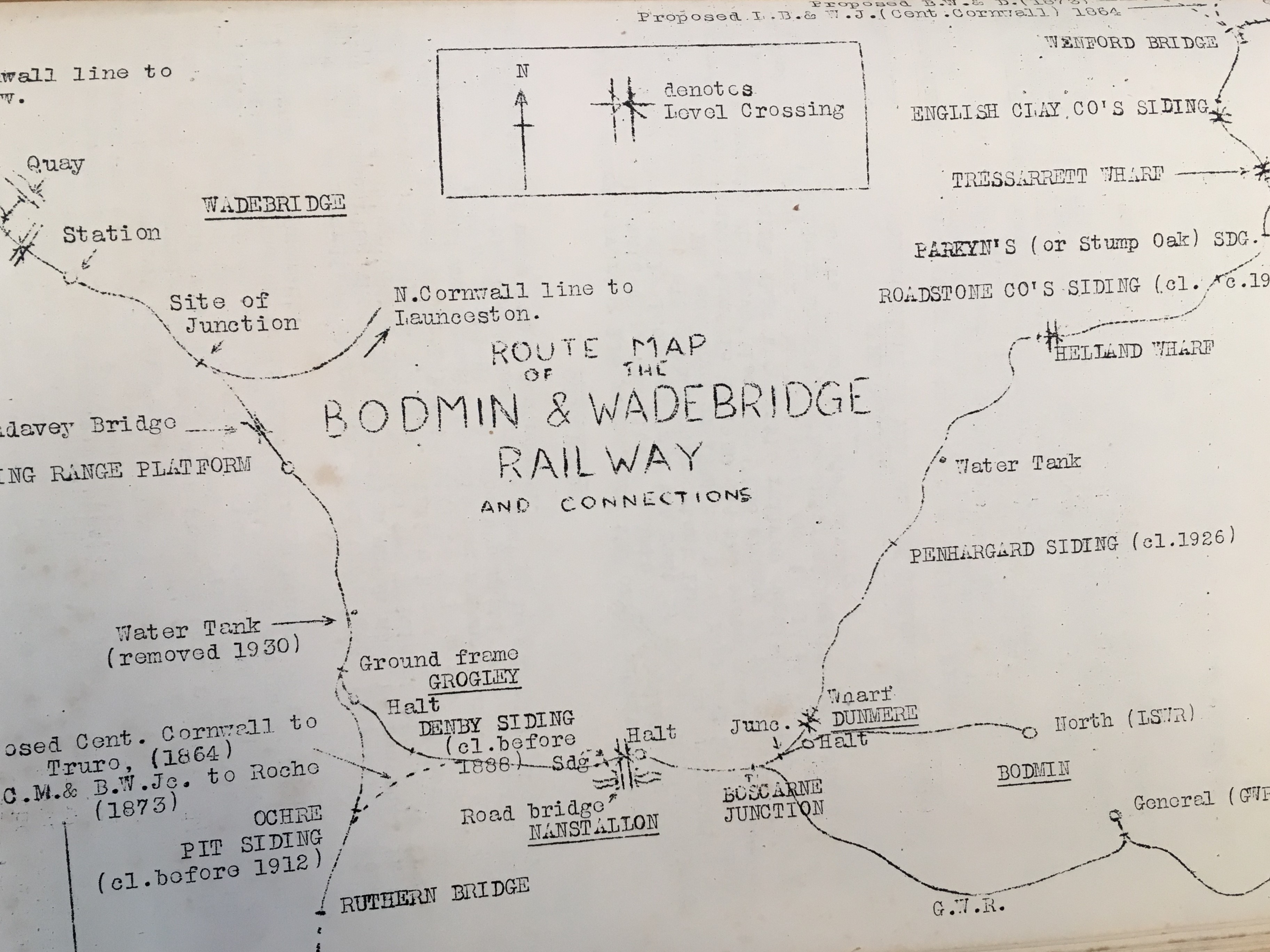 The Bodmin & Wadebridge Railway, in Cornwall, was judged as a priority for routes essential for proper civilian and military communications in time of war. Should enemy action have occurred at the Royal Albert Bridge or the line from Saltash, this line would have been called into play to ensure transport and communication with the West Country was maintained.

An account of the history and development of the Bodmin & Wadebridge Railway is part of the Clinker collection (Clinker 3308). Find out more about accessing the collection.

Between 1937 and 1945 he worked in a milary hospital. This had 252 beds for military personnel, as well as non-military. He recalls how he was never short of food as rations for the soldiers were far in excess to those for a civilian, so many non-military patients also benefitted.

He recounts experiences of building an air raid shelter and the horrific experiences of air raids, when he would have to leave his family in the shelter and be on duty at the hospital. One night a bomb was dropped that landed only 30 yards from his house.

Oates' autobiography is very extensive, and includes much outside his wartime experiences.

His autobiography is part of the Burnett Archive (part 4). Find out more about accessing this collection.

Other WWII accounts from the Burnett Archive

Alfred Copping (Part 4) - Diary of active service in WWII, covering July 1941 - July 1944. He was a Sapper in the Royal Engineers and posted in northern Africa and then to Italy.

James Wyllie (Part 4) - Autobiography contains memories of childhood, working life, marriage and family. Describes his experiences as a piper in the Black Watch in the Eighth Army during World War II.

Harry Young (2:858) - A munitions worker and ambulanceman during World War II, his autobiography also contains a great deal of detail of his work with the British Communist Party.

A typed autobiography written in 1985. The author was born in 1910 and joined the RAF during the Second World War, being posted all over the UK. He recalls the invasion of France, American troops, air raids, the end of the war in Europe, Hiroshima and demobilisation. He portrays how he was unsure what persuaded him to join the RAF, he just knew he wanted to fight Hitler.

"Sometimes we had a feeling that the war would never end"

McQuoid was released from the air force in 1945 but the experience of war would always be with him, as he describes; “some would say we were never discharged.”

His autobiography is part of the Burnett Archive (part 4). Find out more about accessing this collection.

Susan Frith was a nurse and midwife whose career spanned thirty years, between 1912 and 1942. Her personal diary covers both of the World Wars and leads up to the foundation of the NHS. She went to people’s homes and stayed with them, assisting at the births of babies and caring for those with long term health conditions or who were terminally ill.

Lorna Kite's autobiography traces her experience as a nurse during the Second World War. She qualified a year before war broke out, and initially worked as a theatre sister at Millbank Military Hospital before going to France and working in casualty clearing stations, then joining hospital ships and going to Egypt. She describes medical procedures, such as removing a live shell from a Prisoner of War's heart muscle and, in 1944, was a member of one of the first units to use penicillin.

Written in 1986-7, Eva was born in 1908. She reflects on her memories of World War Two, where her husband, Bert, worked in the home guard when  war broke out, watching for bombs whenever there was a raid.

Bert's work as a private gardener wasn't regarded as essential, so he went back to farming and he and Eva moved to live in a shared farmhouse with another family. She relates the struggles of adjusting to life in a country at war.

Mary Turner recounts her experiences of rationing, and how people used to help each other out by reporting when food had appeared in the shops.

this time of our lives make a lot of my generation still reluctant to be wasteful or to ditch something not wanted, and I think we tend to be careful though indulgent about food

During World War II she  worked as a civilian with the Manchester Police Force. Her account also provides frank descriptions of her family relations and married life.

Her autobiography is part of the Burnett Archive (2:777). Find out more about accessing this collection.